As the first boat in the fleet of ambitious new Hampshire-based brand, Archipelago Expedition Yachts, the new Archipelago 47 is set to lay down quite a marker.

Capable of running at speeds of up to 30 knots, sleeping up to eight people in four separate cabins and cruising continuously for more than 3,000nm, the new Archipelago 47 is all about expanding your horizons.

As a robust long-distance aluminium power cat, it leverages the design input of Chartwell Marine, a firm of naval architects whose primary area of expertise is powercats for the offshore windfarm industry.

But the Archipelago 47 isn’t just about pared back practicality. According to Archipelago, it combines that with the “homely feel of a family cruiser” and it also happens to be one of the most stylish examples of its type you are ever likely to see.

Built in Cowes, it has a rugged, semi-commercial look with a low roofline, an inverted windscreen, wide side decks, flush-fit glazing, large hull windows, foredeck trampoline and chopped-off transoms. Archipelago was aiming for a “waterborne Land Rover vibe” and in aluminium cat form, that’s a very difficult thing not to like.

While hybrid and electric boat options are likely to prove popular on production models, the first Archipelago 47 will be powered by twin 420hp Iveco diesels on straight shafts running in half tunnels.

Top speed is likely to be between 25 and 30 knots and a pair of fuel tanks, one in each hull, will hold a combined 6,000 litres of fuel, for transatlantic cruising potential.

But if the Archipelago’s ocean-crossing range is impressive on a boat of this modest scale, so are the calibre of its features. The main deck, for instance, provides a large open-plan saloon and galley with the option of underfloor heating, as well as a saloon partition that enables you to shut off the helm for better visibility during night nav.

Down below, the owner’s cabin runs the full length of the port hull, with a double bed, an ensuite shower-room and a study. And the starboard hull contains both a double and a bunk cabin, plus a central shower room that neatly divides the two.

As for the Archipelago’s aluminium construction, not only does that help keep the weight down, improve impact resistance and reduce development costs. It also makes custom models much easier to create and impromptu repairs much simpler to execute during remote off-grid adventures. 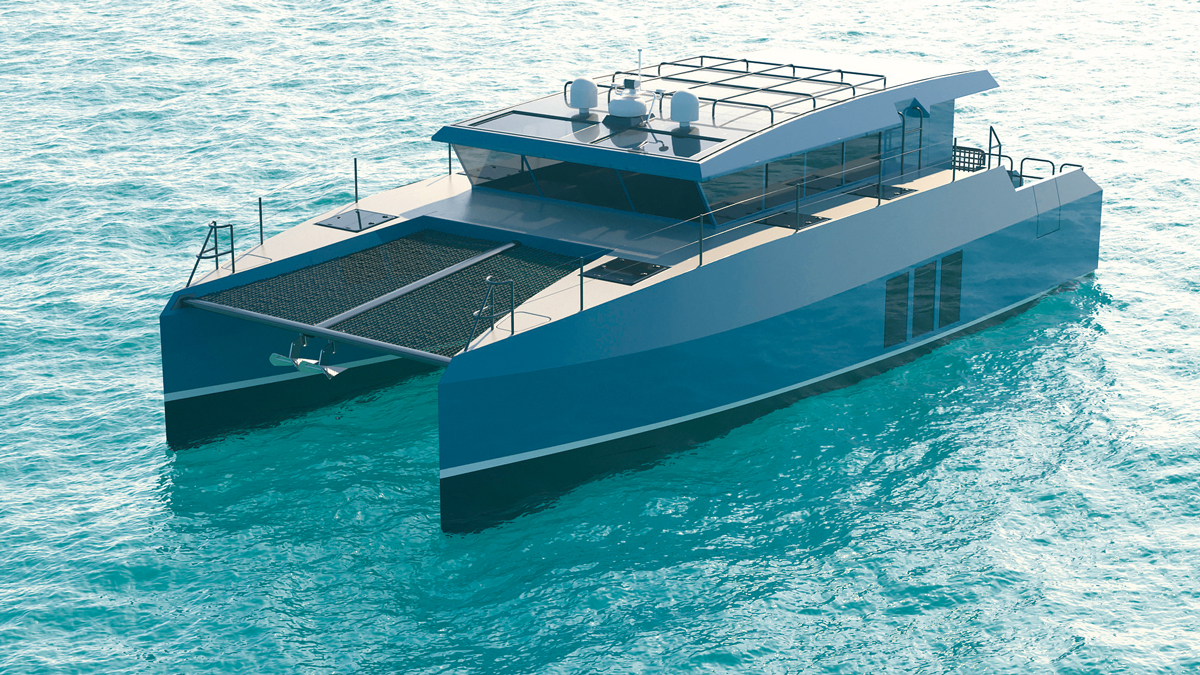 The Archipelago 47 is an aluminium cat with global ambitions

Already in build on the Isle of Wight, it should launch just in time for a world premiere at this year’s Southampton Boat Show. Company founder, owner and CEO Dr Steven Weatherley is a cyber security specialist with a PhD in astrophysics and an experienced motor boat owner.

After searching in vain for a fast, go-anywhere powercat to replace the family’s Mitchell 31, he decided to commission and build one of his own. He was so pleased with the concept drawings that he decided to turn it into a business.

Building in aluminium is a shrewd choice that not only keeps the weight and development costs down but also allows a degree of customisation for future clients. Plus it’s a very tough but sustainable material that can be infinitely recycled. 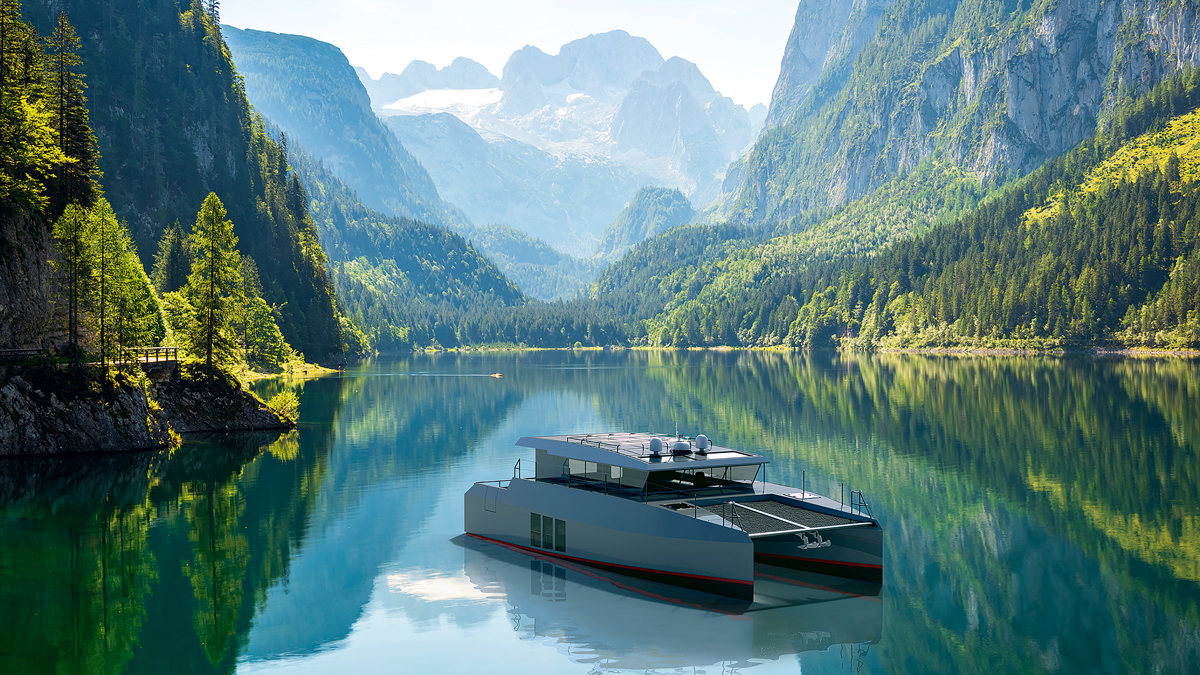 Prices for the Archipelago 47 start at £885,000 excluding taxes. A second Archipelago 47 is already in build and plans for 38ft and 56ft models are also being developed.

In the short term Weatherley plans to use his new boat for day trips and weekends in the Solent with his wife and four young children but ultimately has ambitions for more adventurous bluewater cruising – hence the range requirements.

“The march of the multihulls seems to be gathering pace with every month but this one really does it for me,” says MBY editor Hugo Andreae. “Small and fast enough for day trips but also robust and efficient enough to cross oceans, it really does seem to offer the best of both worlds.

“If they can balance the fit, finish and pricing equation too, they should be on to a winner.”